How To Maximize Your Chances At Finding Love Through Online Dating

There’s little to no argument about online dating’s dominance as the biggest, most efficient, and most popular romantic trend of today. This can especially be seen when compared to traditional dating, where you put in a lot of time and effort only to end up dissatisfied nearly every time.

However, it’s not all sunshine and rainbows when it comes to online dating sites.

Even though they provide you with results in less time and with less hassle, there’s really no guarantee that you’ll find someone worth your while this way.

But fear not, as we’re here to give you a few tips on how to maximize your chances at finding love through online dating. 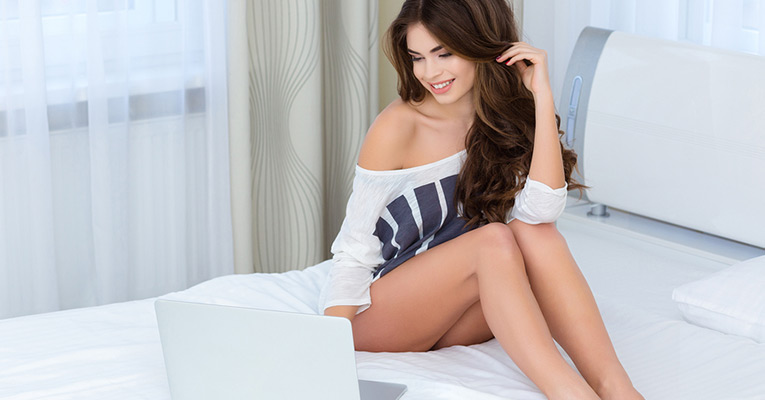 The main two factors that determine how successful your time on an online dating site will be should also be present in every other aspect of your life.

Let’s start with honesty. We all know lying is wrong, but is prettying up the truth a viable way to boost your online dating profile without giving out false information?

You gain nothing if your profile says you’ve done certain things that you actually didn’t, except maybe giving you a glance of what could’ve been. As far as potential partners go, you can be sure that each and every one of them will start doubting you after they realize you’re not actually what you present yourself to be online.

In other words – truth is the only way. You want someone to fall in love with the real you rather than some augmented copy of you, right?

Next up is positivity. If you though rejection is only a part of traditional dating, you were wrong. The only difference is that on dating services it’s not as personal, but you can rest assured that it’s still there.

We’re all bound to get denied every once in a while on dating sites, and the only thing we can do about it is move on and keep going. Don’t linger on someone’s “no” – instead, analyze if you did anything wrong in your approach or simply accept that the two of you weren’t a match.

The Difference Between Show And Tell

There’s a common misconception about online dating which comes down to user profiles being lists of adjectives that are supposed to promote someone.

But what if we told you that this isn’t exactly how you get matched up?

Stating that you’re cute, fun, chill, or loving on your online dating profile might be truthful, but is also generic and boring. The trick is to keep things simple yet to create intrigue and make someone interested at the same time.

Now you’re wondering: “How can I do this?” Here’s an example – instead of telling others you’re an avid reader, say something along the lines of “I’ve yet to come across a bad book.” This will not only attract similar individuals, but will also spark their imagination and will surely make them interested.